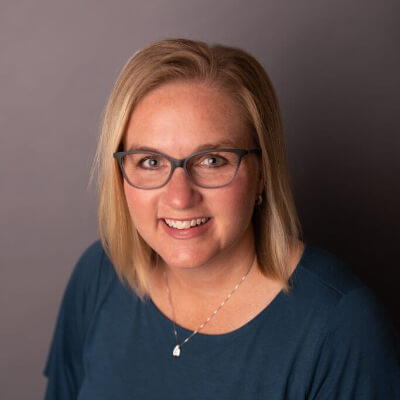 Dr. Ann Wonderling served as the president of the Wisconsin Optometric Association (WOA) for the 2019 term. The Wisconsin Optometric Association is a non-profit affiliation of licensed optometrists and related businesses. The vision of the WOA is to be the recognized authority on vision and eye healthcare in Wisconsin while serving as the primary advocate for the profession of optometry throughout the state. She has held various positions on the WOA Board since 2004.

In 2007, Dr. Wonderling was named “Young Optometrist of the Year” in Wisconsin by the Wisconsin Optometric Association and American Optometric Association. This award is presented to one outstanding doctor each year who has been in practice for fewer than ten years. The award recognizes the doctor’s exceptional service to optometry, dedication to the visual welfare of the public and service to the community.

In 2003–2004 Dr. Wonderling was selected to be the pediatric resident at UAB. The residency included seeing patients at the Newborn Follow-Up Clinic, which is a multidisciplinary clinic caring for low-birthweight babies. She also cared for patients at the Sparks Clinic, which is a multidisciplinary facility that cares for patients with academic and developmental delays. Dr. Wonderling examined patients at the Alabama Institute for the Deaf and Blind and the Helen Keller School. She also saw patients at the Low Vision Rehabilitation Clinic at the Callahan Eye Foundation Hospital, and at the office of one of the leading pediatric ophthalmologists in the Southeast. Dr. Wonderling also enjoyed spending time in the occupational therapy department at Children’s Hospital in Birmingham.

Dr. Wonderling was a masked examiner for ATS3 and ATS5* and was involved in several research projects at UABSO. She enjoyed being the supervising doctor for the vision therapy department for fourth year optometry interns working with adults and children with binocular vision problems.

Dr. Wonderling has volunteered her time and expertise providing eye care at the Special Olympics, the Cahaba Valley Health Initiative, and Camp Seale Harris for children with diabetes. She has enjoyed mission trips with VOSH (Volunteer Optometrists Serving Humanity) to Mexico, Cuba, Nicaragua, Guatemala, Honduras, Peru, and the Dominican Republic. Dr. Wonderling is also a provider for the InfantSee program and Vision USA in Wisconsin.

*ATS3 and ATS5 are an amblyopia treatment studies, supported by the NIH (National Institute for Health).