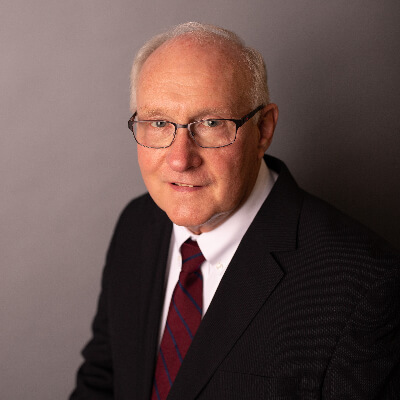 In practice since 1974, Dr. Foss excels in providing superior eye and vision care to the Coulee Region.

Attending primary and secondary school in Wisconsin Dells, he then attended the University of Wisconsin-La Crosse for three years between 1964 and 1967. In 1968 and ’69, he served in the United States Army, which included a one-year tour in Vietnam.

In 1970, Dr. Foss and his wife Marilyn were married and when she graduated from the University of Wisconsin-Eau Claire in nursing, he started optometry school at Illinois College of Optometry.

In 1976, Dr. Foss purchased Dr. Ashworth’s practice when he passed away. The practice has evolved in many ways since it was started in 1974. Some changes include the addition of diagnostic and therapeutic drugs, delegation of several procedures, computers in both office management and patient care, and vision therapy. Currently Dr. Foss supports refractive surgery (Lasik) and photorefractive keratectomy (PRK), and continues to implement the latest in contact lenses, lenses, and other technology supporting individuals visual needs.

Dr. Foss is active in Lion’s International, VOSH (Volunteer Optometrists Serving Humanity) and in his church. He enjoys fishing, hunting, and wood working, including the building of custom wood furniture.